The Lighthouse by the Crabb Family is one of my favorite songs. I’d listened to my husband sing it for twenty years but last week it took on a whole new meaning.

Everybody all around us….they say tear that old lighthouse down

The ships don’t come this way anymore. There’s no use in it hanging ‘round…

My heart began to weep inside.

That’s where we are in this country. The nation formed UNDER GOD. They say they Bible is archaic; Jesus was a mere man, if not a myth. No one believes like that anymore and if you do, you’re wrong.

Many Christians back up. Humans have an inherent need to be accepted. They aren’t tearing the Lighthouse down, but they are standing by silently as it is dismantled.

Do you not remember?

Does the praise of men mean more to you than that day of salvation?

This is my featured song for July in my Media picks. If you haven’t heard it before, listen to it. Jesus was YOUR Lighthouse. Jesus is THE Lighthouse. And yet, our world thinks the flashlight it created works better.

I’ve shamelessly plugged one of my new books as well. Surfing, Dancing Seeds of Glory is a metaphor for life. Seeds are all born different and lead different lives but in the end they all have the same opportunity: to surf down the river of life and dance on streets on gold! The book was designed to open communication about salvation and the promise of Heaven. It is a children’s book that was designed to also use with elderly and mentally-compromised patients who need to hear the good news of Jesus.

I also am featuring a study by one of my favorite Christian authors, Elizabeth George. This is a study of Esther and I’m particularly interested in Esther because of where we are right now in this country. 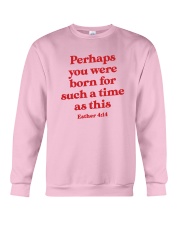 I know what Esther’s role was. Now, do I know mine? Actually, I believe I do, and I strive to meet God’s expectations for my life every day. What about you? He has raised you up for such a time as this. Are you doing what YOU are supposed to be doing?

For the movie, I realized I never featured the very first advance screening for pastors I attended. Do you Believe? came out in 2015, after the nation hungered for God’s Not Dead. I found it to be complex and heartwarming, and it set a high standard for screenings to come. If you haven’t seen it, download it today.

I hope you enjoy July’s featured media! If you decide to order a Surfing, Dancing Seeds book, let me know and I’ll send you a free bookmark that goes with the book. It contains a poem called “Take Up That Cross” on one side and salvation verses on the other. Images and ordering available on the author page.